A Region That Really Schmecks, Recipes 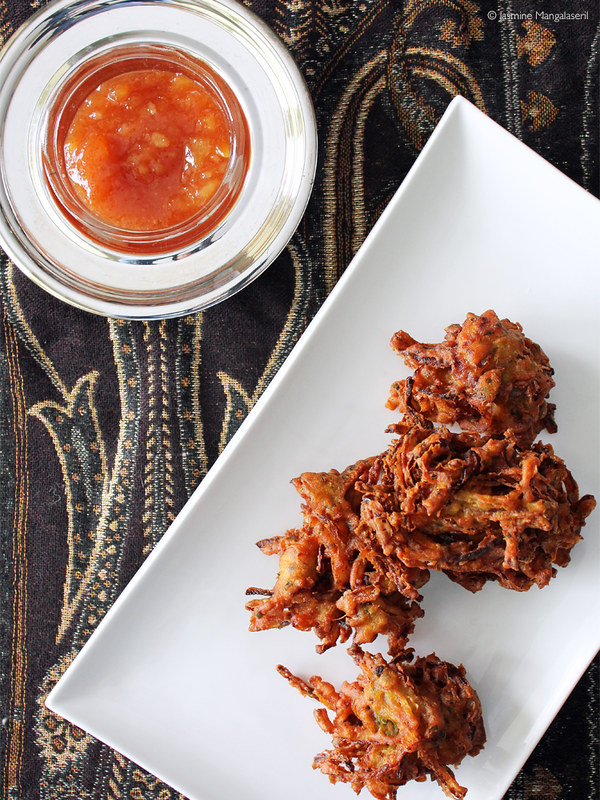 Edna Staebler and I met and bonded over Indian food.

It was her request. She was 100 years old and living in a nursing home; the food—although probably good for her—was bland and boring. She wanted something tasty and flavourful, but not too spicy. It was a request I was happy to grant.

During that May evening in 2006, we (Edna, a mutual friend, and I) sat in her room and talked for hours about food and writing and life, surrounded by plates and bowls of onion bhajis, chicken kurma, rice, palak paneer, gobi Manchurian, pappads, parathas, and vermicelli pudding. She was a good eater—someone who happily tried new and different foods without fuss or reservation. She savoured the conversation as much as she did food.

Edna was cheerful, encouraging, and quick-witted—all the qualities one would expect from an award-winning journalist whose work illuminated the lives of ordinary, sometimes overlooked, Canadians. Whether they were sword fishermen in Neil’s Harbour, descendants of African American slaves in Nova Scotia’s New Road Settlement, Hutterites in Alberta or Italian immigrants in Toronto, through her articles, she opened many Canadians’ eyes to our multicultural mosaic.

Today, she’s most associated with Waterloo County Mennonites and their cookery. Her 1954 Maclean’s piece, “Those mouth-watering Mennonite meals,” was the precursor for Food That Really Schmecks, the best-selling 1968 cookbook that made her a household name.

Edna and I met up once more. This time, the Thai dinner we planned on became Swiss Chalet. She wasn’t disappointed, and neither were we. We made plans for a third supper, but she passed away before we could dive into that satay chicken and green curry.

At the community celebration of her life, I found out her friends knew about all about our dinners. One friend pulled me aside and said, “It was a short friendship, but to Edna, it was a deep friendship.”

A Day That Really Schmecks

Ten years ago, on what would have been Edna Staebler’s 101st birthday, I created and hosted “A Day That Really Schmecks,” an online event that celebrated her culinary life. Foodbloggers from around the world prepared and shared their versions of her recipes.  Edna was happy to see my takes on her recipes on Cardamom Addict–I know she would have been tickled to see so many others do the same.

Since then, I’ve adopted 15 January as both a day to celebrate my friend Edna and to launch my culinary New Year.

A Region That Really Schmecks

Edna Staebler’s journalism career was marked by her willingness to explore what was different to her (and likely to many others), and help Canadians better understand one another. We shouldn’t lose sight of that.

In planning for this year’s Schmecks post, I thought back to our first dinner and the clues it provided about this ebullient and witty woman who eagerly tucked into new and different foods.  And this sparked an idea.

To find out more about the A Region That Really Schmecks series–and how you can contribute to it—please click here.

To both celebrate Edna’s birthday and launch the series, I chose to share a dish from that first dinner: onion bhajis. Onion bhajis (or bhajia, pakoras or vadai) are deep-fat fried onion fritters.  Eaten as a snack in India, they’re a popular starter in many Indian restaurants here in Canada. 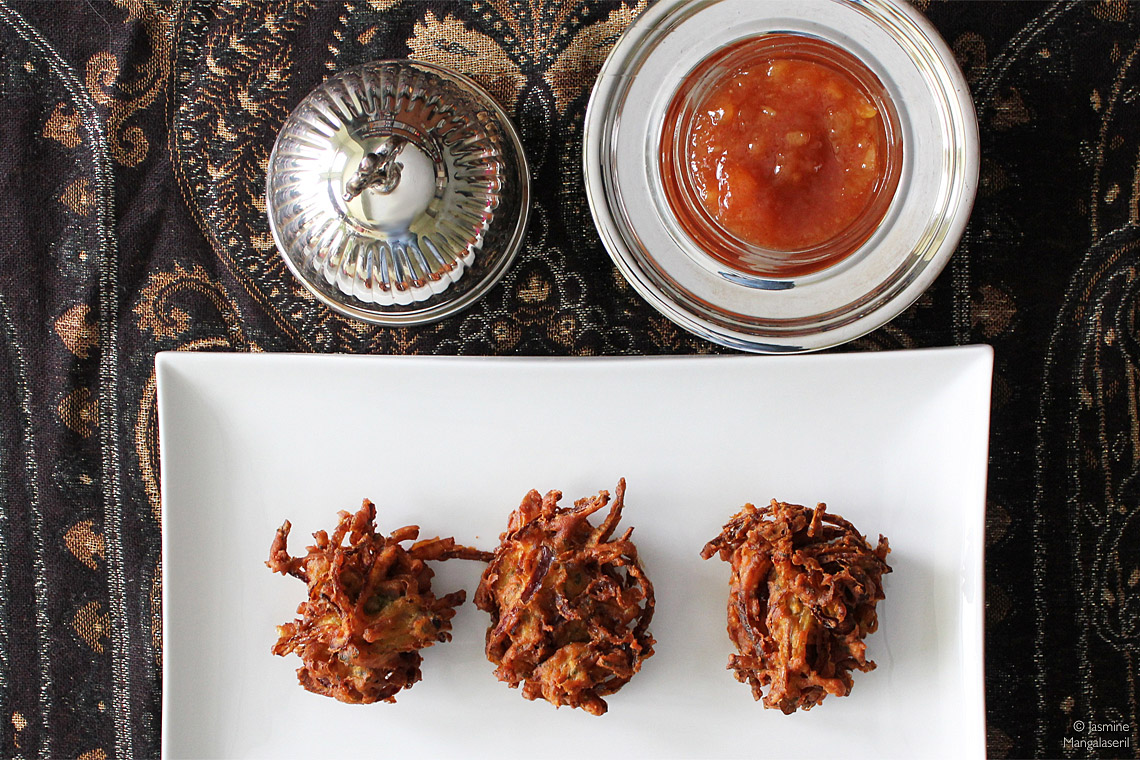 At their best, onion bhajis (or pakoras or vadai) are crispy and light; at their worst, they are stodgy and greasy. The trick lies in the batter. Too thick, the globby mix makes fritters difficult to cook through without burning. Too thin, the batter runs off the onions, and they separate into strands in the cooking oil. Just right, the mixture is like heavy cream and clings to the onions to create a craggy, bronzed exterior with a centre that’s nutty, tender, and light.

Please scroll below the video for the written recipe: