A Region That Really Schmecks, People Stories, World of Food 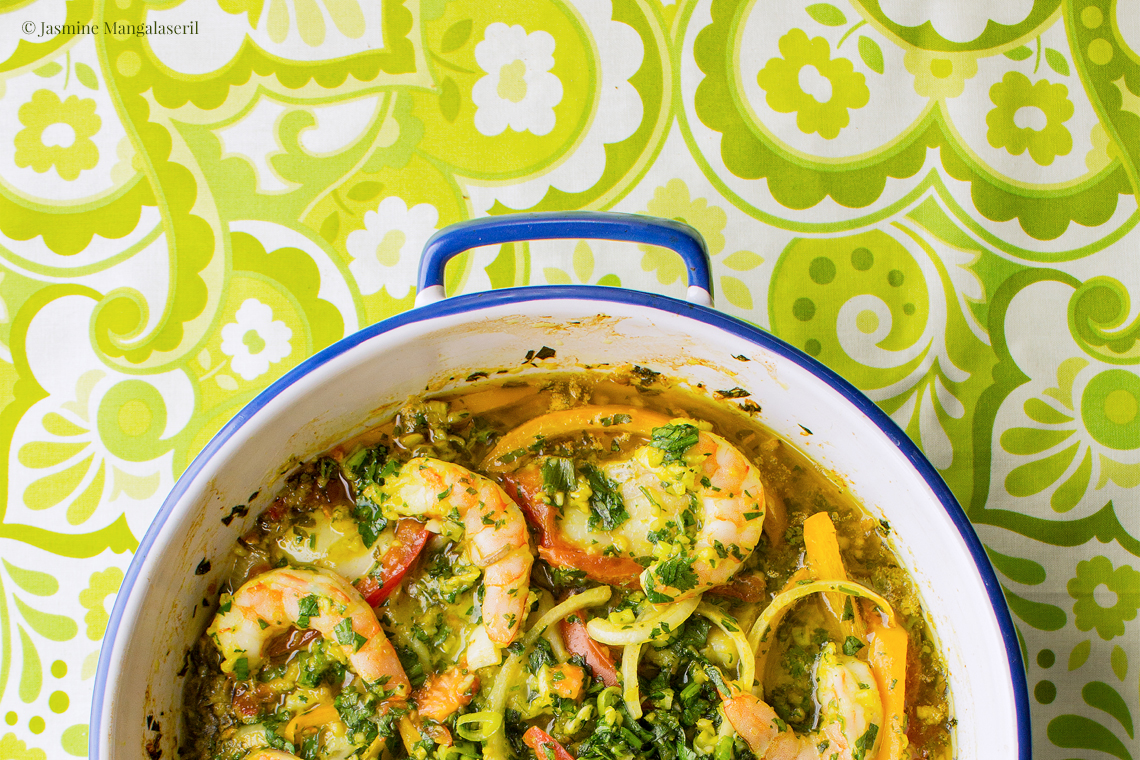 Food in my family has always been sacred

When Carolina Miranda was about eight or nine, she announced that one day she would move to a country more than 9,000 kilometres from her Brazilian homeland – Canada.

“I just remember a growing feeling. My parents always bought us magazines like National Geographic, so I think I must have seen something,” recalls Miranda. “Rio is very similar in landscape to Vancouver, with its big, high mountains by the water. I remember quite clearly the exotic (Canadian) landscape and the wilderness are what attracted me.”

Jasmine Mangalaseril
Moqueca is a Brazilian fish stew, developed by enslaved peoples and named for the earthenware pot used to prepare it. As azeite de dendê (red palm oil) can be difficult to find, turmeric creates a warm yellow hue. This dish is a good first dish for those who’ve never cooked fresh seafood before. Just remember: To avoid overcooking the shrimp, you’ll need to remove them from the marinade before cooking the rest. Return the shrimp to the stew for the last few minutes of cooking.
Print Recipe 6
Servings 6

How to tell when the fish and shrimp are cooked This dish tends to take longer to cook if made in a lidded cast iron pan than if made in a Pyrex lasagne pan or ceramic baking dish covered with tin foil.   A version of this recipe appeared in my profile of Carolina Miranda, for my World of Food column for Grand Magazine (May-June 2019).
1 May 2019 by Jasmine Mangalaseril | Comments Off on Carolina Miranda’s Moqueca and Rice (Brazilian fish stew and rice)