First, we take Ontario; then we take Canada

About a week after Ontario’s Temperance Act took hold, the four provincial liquor vendors’ cash register chimes probably wouldn’t have drowned out even the smallest of music halls. One wholesaler only rang up $22 in the first week ($429—see note on conversion): he wouldn’t have out-tinkled a music box. While this sudden drop in revenue was because Ontarians rushed to stock up in the days ahead of 16 September, it was anyone’s guess as to when and by how much revenues would pick up.

Heady from the excitement of the newly dry(ish) Ontario, The Committee of One Hundred set its sights on larger quarry. The teetotal leaders met in Kitchener to organise an Ottawa-bound deputation. Their goal: “to demand Dominion legislation prohibiting the manufacture and the interprovincial importation of intoxicating liquors into any province now under prohibition.”

Meanwhile, the Canadian Trades and Labour Congress passed a resolution to temper Temperance. Thousands of trade unionists—brewery and bar workers, cooks and waiters, cigarmakers, engineers, and firemen—were unemployed. The T&L argued that while the wealthy could purchase large amounts of alcohol, the Act denied working men the same privilege. The Congress also wanted the province to amend the Act to allow retail sales of light wines and beers, and also to allow individual municipalities local option-type referendums on prohibition.

Apparently, they were left in the dark, apparently

An attempt to organise a Ladies’ Citizens League in Kitchener fell flat. On the appointed evening, 10 women and men arrived, and after a few minutes, “women who have been identified with various patriotic enterprises since the war” doubled the attendance. Apparently, one of the latecomers was someone “whose presence apparently was apparently [sic] not desired.”

From what I can gather, the throng was told the evening’s speaker was late (whether or not that was true, I don’t know), and after waiting for about 10 minutes the first group of women left.  Then, while the second group was in the room, someone turned off the lights. “The ladies who were sitting in the darkness consider they were insulted by the promoters of the meeting and…have secured legal advice as to what steps could be taken to bring action against the parties responsible for turning off the lights.”

Rankling within the ranks

This week, newspaper battle between The News-Record and The Daily Telegraph heated up again. This time, The Record seemed to tread gleefully on the competition’s turf.

For months, The Telegraph ran stories that hinted at heavy vetting by the boys’ Commanding Officer, Col. Lochead, while The Record’s news came from “Huronto,” a pseudonymous soldier scribe, who provided unsanctioned news from within the ranks and Camp Borden.

Huronto telegrammed about the resignations of a gaggle (initially reported as a dozen) of the 118th Battalion’s officers. They were fed up with Lochead’s handling of the Battalion and military headquarters’ severe criticism of his leadership and handed in their papers. “Immediate investigations with important changes” were expected to save 118th’s identity. Readers later found out every officer in the Battalion’s D Company resigned. Follow-up stories focused on high-ranking officials travelling to Camp Borden to deal with the situation, the soldier’s displeasure at The Telegraph’s characterisation of the departing officers as “bolters,” and a rumour that more than 100 of the 118th (or roughly 15 per cent) were ready to submit transfer applications if the officers were not reinstated to their commissions.

The Telegraph noted its competitor’s story, reduced the number of resignations to nine and denied any investigation. The newspaper made it clear the men at HQ were fully confident in the Kitchener insurance man’s leadership. Its “own reporter” later filed a story in which the CO “vigorously denied” The Record’s account and indicated the officers hadn’t resigned but were, in fact, suspended.

Where the boot pinches

When The Telegraph tried to unmask Huronto, The Record’s article’s subhead read: “Local Sherlock Holmes barking up the wrong tree. Another guess in order—better luck next time.” The article was melodramatic and sarcastic:

Sour grapes were called over the scoop as to why its contemporary had its quills out for the unnamed soldier.

Military officials reorganised the 118th Battalion from four companies to three. From what I can understand, C and D Companies were redeployed to A and B, but C Company reformed to be a unit of gunners, stretcher-bearers and signallers. The boys weren’t happy, but they recognised the change as the best thing for the unit. One of the boys was overheard saying, “Officers may come and go, but the 118th goes on forever.” 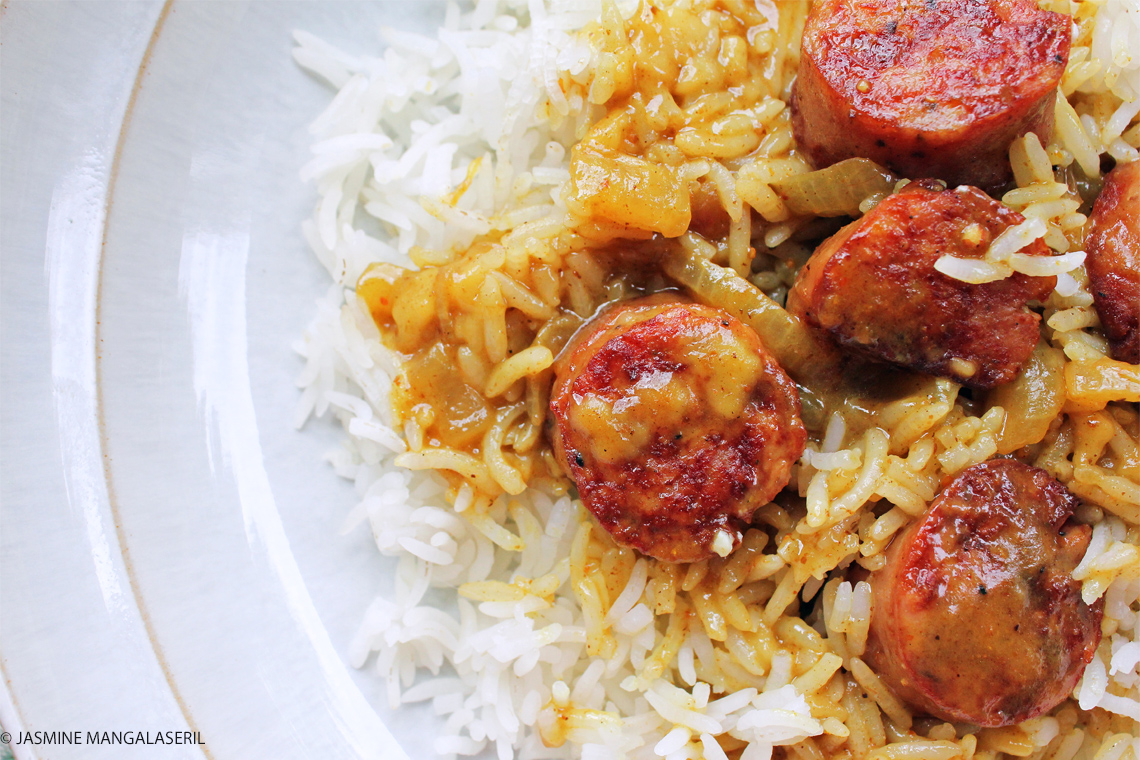 I originally planned to post this recipe several months ago, but the photographs were less than appetising. I’m not the sort to worry about food aesthetics, but I thought a re-do was called for. That attempt was by-the-letter.  This one slightly less so.

I’m not sure if this is supposed to be a variant of currywurst or an Anglo-Indian dish, but a little research shows sausages in a curry sauce is an Australian favourite. This version calls to garnish the dish with hard-boiled eggs.  It doesn’t call for vegetables or pulses in the curry, so I’m not sure the eggs are needed (protein on protein in a sauce). Regardless, it is rather easy to adapt to your taste and pull together quickly.

Take a pound of sausages, fry them and then skin them. Pour a little water into the pan. Add a teaspoonful of curry powder, thicken with flour and simmer gently for ten minutes. Put in the sausage meat, let it get quite hot, and turn on a dish; garnish with hard-boiled eggs. Serve with boiled rice.

Remove the casings from the sausages and slice into coins.

Brown the sausage in oil. Remove the coins to a plate.

Soften the onions (if using). Add the curry powder to the hot fat and fry until fragrant.

Add the water to the pan and stir well as it comes to a simmer.

Make a slurry with about a quarter cup of the hot water and the flour, and whisk it into the pan of simmering, spiced water.

Let the sauce thicken for about 10 minutes and then return the sausages to the pan to heat through. Balance flavours to taste.

Serve over rice and garnish with hardboiled eggs.