The chief magistrate’s sugar beeting gave Kitchener’s two newspapers ample fodder. “Just how the boys of the [118th] Battalion came to the belief that Mayor Hett was opposed to their wintering in Kitchener is difficult to establish,” said The Daily Telegraph.

Previously, Hett didn’t want other cities’ battalions here, and called out local shopkeepers who hoped to profit from the khaki-clad. This week, he clarified his stance: “I assure you that for the sake of their [the 118th’s] relatives and friends I had sincerely wished that they would be stationed here for the winter and I emphatically reclare [declare?] that I had nothing to do whatsoever with having them ordered to London.”

The News Record printed John Jones’ lengthy letter that detailed the pelting and defended the Mayor. According to Jones, the wrathy council meeting featured “yelping from a number of those, whom a seat in the council chamber should elevate above such un-British behaviour, prevented the mayor finishing his remarks.” In a conversation outside council chambers, the mayor thought the local boys “behaved like gentlemen,” but gunners from outside the County caused last winter’s problems. Hett was, in Jones’ opinion, “too clean a principled man and too sincere a Britisher to fit in with the ideals of The Daily Telegraph and a certain section of the city council.” Jones then gave The Telegraph a verbal pummelling.

The Telegraph claimed The Record’s city editor wrote Jones’ letter (to himself), “under cover of the ancient and unoriginal alias.” In the usual fashion, the paper attacked its opponents—The Record and the mayor—supposedly for the honour of an unnamed newspaper staff member.

Back in London (Ontario)

The boys made themselves comfortable in their new digs at the Western Fair’s carriages and automotive building. Its “commodious frame structure” with cement floor, it was a step up from Camp Borden. Only two battalions were there—the 118th and the 149th (Lambton).

With so few men on site, officers expected “the 118th will come more directly under the watchful and exacting eyes of headquarters.” The extra eyes were probably good things. Apart from the pelting and subsequent political ruffling the train’s unscheduled stop, there was the issue of the dollar costs to the 118th’s prank. A rumour flitted about that those damages done by “unknown hands” would come out of the Battalion’s coffers.

A call for “Canadian Manhood Power”

Prime Minister Borden asked Canadians to support the war effort. He talked to the unavoidable war and the courage of men who set off for King and Country. Since August 1914, more than 370,000 Canadian men enlisted, more than 250,000 sent overseas, and more than 100,000 were on the battlefield. He issued a call to sustain Canada’s agricultural, industrial, and commercial stability. Both sexes should serve the country in the best ways possible: Men, of course, should enlist; women, of course, should focus on (undefined) national service.

Canadians seemed resistant to Ottawa’s economisation and buy local messaging—August’s economic figures provided proof. Every day, Canadians bought more than $2 million worth of foreign goods (almost $37.5 million – see notes on conversion). “Every man and woman can help in stopping this frittering away of the national strength by purchasing only simple and essential things and by placing at the disposal of the country the savings thus effected.”

No flies on them. Well, not really.

The chair of the local health board and a few aldermen paid surprise visits to three local milk pasteurisation plants. With vats of pasteurised milk left open to the elements and flies buzzed around when they weren’t landing on freshly sterilised bottles, two didn’t pass muster. The Rosedale Creamery was the only one found in satisfactory condition. Meanwhile, local milk dealers issued its second 1¢ (19¢) increase in a month and raised the price of a quart of milk to 9¢ ($1.68). The dealers blamed the farmers. The farmers blamed feed producers. Feed producers blamed the partial crop failure. Want a bit more information? 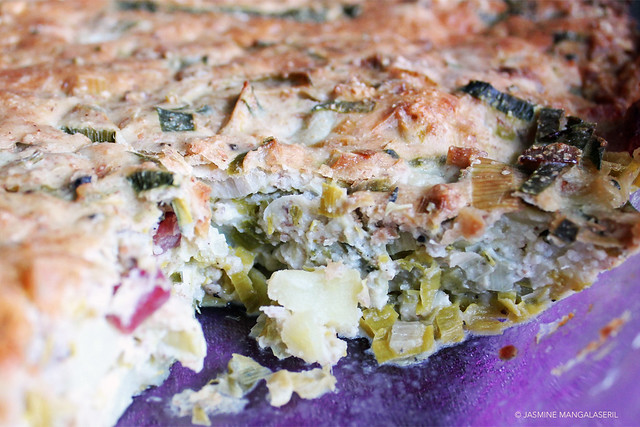 Dr Thomas Allinson’s name keeps re-appearing in my recipe-finding adventures.  The good doctor was a British “dietetic reformer” who pushed wholemeal breads, vegetarianism, fresh air, and exercise.  He founded The Natural Food Company in 1892 (the same year he was struck off the Royal College of Physicians’ Medical register because he was anti-vaccine, opposed to physicians’ over-reliance on toxic drugs, and a publicity hound). Regardless, he continued to practise. He was also proponent of women’s equality, and women’s access to birth control (which found him guilty under the 1901 Obscene Publications Act). During WWI, the benefits of whole grains were discovered and Allinson was invited to re-register.  He declined.   In 1915, he published Dr. Allinson’s Cookery Book, Comprising Many Valuable Vegetarian Recipes.  True to form, its recipes featured ﬂour, bread other products that bore the Allinson name.  This week’s recipe is such a beast. This leek pie is like a shepherd’s or cottage pie, in that it is crustless, with the filling blanketed by a starchy topping (in this case a batter featuring whole wheat flour).

Leek Pie (Dr Allinson’s Cookery Book (1915)) 1 bunch of leeks, 1 pound of potatoes, 1/2 teaspoonful of herbs, a little nutmeg, 1 pint of milk, pepper and salt to taste, 8 ounces of Allinson fine wheatmeal, 3 eggs, 1 ounce of butter Cut up into dice the potatoes and leeks, parboil them in 1 pint of water, adding the herbs, butter, and seasoning; place the vegetables in a pie-dish, make a batter with the milk, eggs, and meal, pour it over the vegetables, mix all well, and bake the pie 1 1/2 to 2 hours in a moderate oven.

Grease your pan and set aside. Parboil the potatoes. Drain and set aside to cool. Place the leeks, butter, herbs, bayleaf, and nutmeg in a pot with a couple of cups of water. The water should be below the top of the mountain of greens. Bring to a boil while stirring the veg. Turn down the flame and let simmer for about 10 minutes, or until the leeks are parboiled. Drain, remove the bayleaf and let cool until the steam has stopped wisping. Preheat oven to 375F/190C. Mix the vegetables together, season to taste, and spread evenly in the prepared pan. Make the crust by beating together the milk and eggs. Stir in the flours, salt, and pepper until smooth. Pour over vegetables. Bake for 90 minutes. The crust will be golden brown and will pull away from the pan sides. An inserted knife or skewer will come away cleanly.