St Mary’s Church’s Fr AJ Fischer announced plans for the city’s second general hospital to be built on five acres of land on Queen’s Park Crescent. The facility for 50-60 patients would be run by the Sisters of Charity (see notes) and would house a nurses’ training school. The Berlin and Waterloo Hospital (it hadn’t yet updated its name) was near capacity, and expansion was in the cards. Construction on SMGH began in 1923 and opened on 21 October 1924.

Polio and The Plague

In late September, Mr and Mrs Hewitt’s one-year-old child was rushed to the B&W’s isolation unit.  He or she became the city’s first infantile paralysis (polio) case in five years. Soon, another case would be confirmed. Since the cases weren’t localised to a neighbourhood or ward, the local Medical Officer of Health, Dr McGillawee, advised parents and teachers to be on the look out for symptoms in local children.

Poliomyelitis wasn’t Dr McGillawee’s only concern. Reading between the lines, it seems a potentially lethal problem ran unchecked. It seems local physicians weren’t reporting tuberculosis cases (contrary to the law).  The sanatorium’s isolation ward was nearly complete, but since TB is contageous (experts at the time said each carrier could infect ten others), local experts must have been concerned about an impending epidemic.

To restore harmony in the community

The Citizens League attracted 200 attendees who discussed various issues important to Berlin–erhm, Kitchener. After agreeing to provide “the necessaries of life” to Canadian POWs in German camps, they moved on to local reputation and morale issues.  They condemned “the mercenary purposes” of certain (unnamed) local news correspondent who fed the outside press with “coloured and derogatory statements calculated to injure honourable citizens and place the city in a false light with the outside public.”

The group also discussed amalgamation with Waterloo. Members agreed it was the simplest way to restore local peace. A News-Record editorial supported amalgamation, the writer noted shared services, the King Street spine that ran through both communities, and how another community of simiar size (Brantford) was governed under one council.

Will you keep the 118th, Billy-boy Billy-boy?

A London (Ontario) newspaper speculated on the fate of Colonel Lochead, which The News-Record shared with Kitchenerites,  Rumour was the CO was out and Lieutenant Colonel Martin—currently its second-in-command—would be in.

The Daily Telegraph, instead, printed a communication from Lochead that focussed on the aftermath of officer resignations. Contrary to the CO’s previous assertions, an investigation into the mass exit of D Company’s officers did take place, but he decided to not offer any details.

In regard to the insistence of the News-Record for an investigation into the circumstances surround the resignation into the circumstances surrounding the resignation of nine officers from the 118th Battalion, I have this to state that headquarters have already made all the investigation they deemed necessary. I do not consider it in the interests that I should publish on the one hand my opinion as to the motive that prompted their concerted action, or on the other my reasons for recommending the acceptance of their resignations and immediate suspension from this unit. I can only add that my recommendation on the reorganisation of a three-company basis has been approved and the same has been carried out.

He then mentioned HQ’s communicationthat the boys should be ready to be shipped out at an indeterminate date.

The Retail Merchant’s Association requested Kitchener City Council take steps to have the 118th Battalion winter here (rather than in London). Their main argument focussed on financial rewards to local businesses (and others who stood to profit from the boys’ return). Robert Smyth, boosted the ask with a heavy measure of patriotism and said allowing the boys to stay in Kitchener would be a way to show appreciation for those “defending the rights of humanity against the terrors of Prussianism.”

The soldiers’ behaviour last winter (see notes) prevented Alderman Gross from supporting the motion: “I would not like to see another battalion stationed here this winter unless we had some assurance that law and order would be maintained.”

This, of course, reignited the chamber’s long-smouldering embers.

The usual group immediately banged their patriotic, anti-German drum. Alderman Schnarr deemed the boys’ rampages and assaults as “pranks.”  He called Gross’ attitude “ridiculous” and questioned his sentiments. Alderman Rudell asked if Gross would prefer to have a regiment of Huns take over Kitchener, rather the King’s battalion.

Alderman Gallagher refused to consider including a clause to address “mischievous soldiers,” while Alderman Hahn declared the boys wintering here a done deal as the barracks’ lease was renewed.

As far as last winter’s experience with the soldiers is concerned, I want to say that there was a lot blamed on them that they did not do. There is one thing they did and I am glad they did it. They cleaned out a mess when they smashed up Concordia Hall. When two governments would not put a stop to the outrage of the Concordia Hall, I am glad the soldiers did.

Local tensions led Mayor Hett to say he didn’t want an outside battalion wintering here, and was opposed to “playing into the hands of the owners of the [the barracks’ rented premises].” Hahn and Cleghorn seized the moment to blame the mayor for the existing conditions.

Gallagher deflected the issue from soldier behaviour to patriotism, and called Hett’s attitude insulting to those in the King’s uniform.  Aldermen Reid and Master downplayed the problems exascerbated by the Battalion, and eluded to bigger and more dangerous problems carried out in secret. Gross pressed his colleagues for further detail, but both evaded answering.

When Alderman Zettel referred to the need for “good strong officers” to keep the battalion in line,  Master wouldn’t hear of it and replied with “…no true British subject should allow himself to express a want of confidence in the fighting men of our army.”

The motion passed without Gross’ vote. 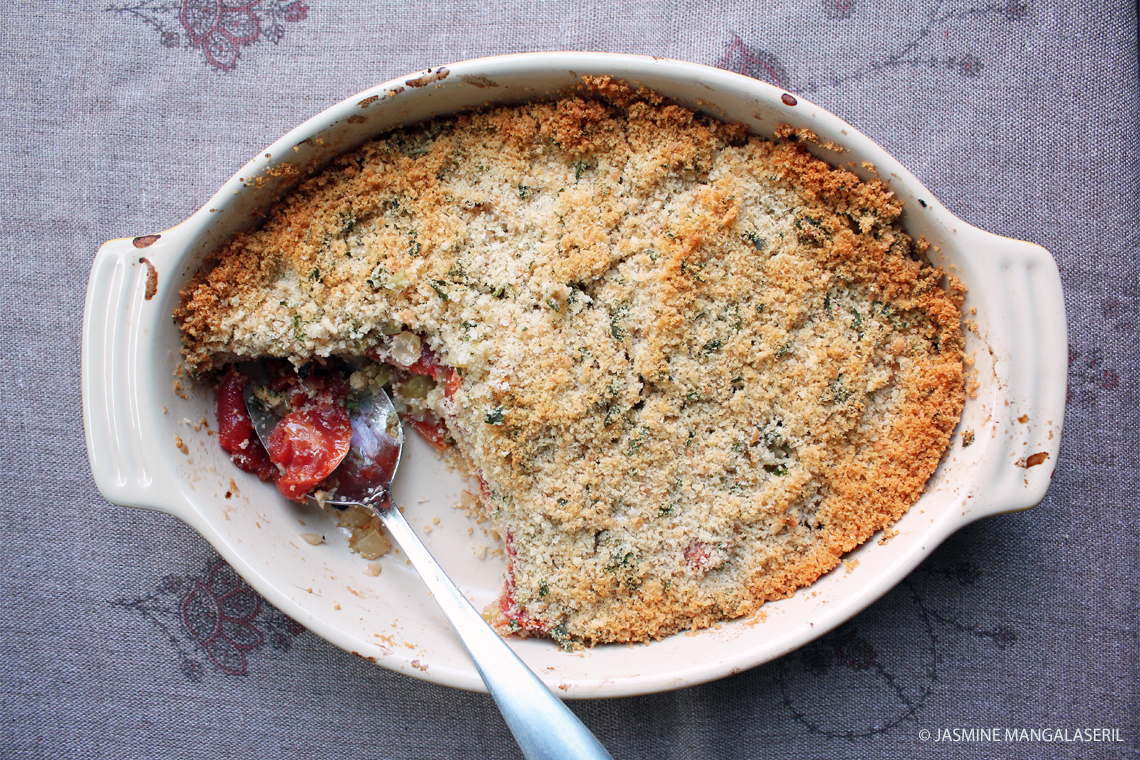 One of the myths that comes up with projects such as this one is an assumption that a century ago everyone ate dishes that didn’t include processed or factory-made foods.

While most of the recipes I’ve come across use raw or fresh ingredients, industrialised foods were on shop shelves100 years ago. Canned fish, fruits and vegetables were available for decades. Processed breakfast cereals (Corn Flakes and Grape Nuts) cereals have been around since the late 1890s. Newspapers ran ads for vegetable shortening, baking powder, chocolate and tea. And saltines? They were invented in the 1870s.

Most period scalloped tomato recipes I found use sliced fresh tomatoes and breadcrumbs.  This one specifically calls for canned fruit and saltines. It also calls for “Canadian cheese”—which may be part of the time’s economisation/buy local messaging for the war effort.

Season half a can of tomatoes with a teaspoon of salt, a saltspoonful of pepper and the juice of an onion. Add a cupful of finely minced celery. Butter baking dish and first put in half of the tomatoes, then a layer of buttered soda crackers sprinkled with two heaping tablespoonfuls of grated Canadian cheese.   Then add the tomatoes, sprinkle the tops with crumbs and bits of butter, and bake for twenty minutes.

Sweat the onions and celery, adding salt and pepper to taste. Stir in garlic, if using.

Brush the saltines with melted butter, reserving any unused butter, and set aside

Mix the crumbs with the remaining, butter, parsley and cheese. Add salt and pepper if you wish.

Put half the tomatoes in the prepared dish. Spread half of the onion mixture overtop. Snug the buttered saltines on top of the onions. Layer the remaining tomatoes on the crackers and then spread the rest of the onions on top. Strew the seasoned crumbs on top.

Bake for 30-35 minutes or until the crumbs have browned.

6 October 2016 by Jasmine Mangalaseril | Comments Off on 29 September – 05 October 1916: The aldermen were indignant and wrathy