Heat and dust continued to bedevil Borden’s battalion boys. After long days training and marching, keeping clean was the hardest thing to do.  This seemed especially so for those who were used to someone else doing their washing. “Mothers, sisters and friends of the 118th boys, if you could see them at work over improvised washboards and tubs, your amusement would be complete.”

This week, half of the 118th Battalion returned to Berlin, Ontario for the weekend, and were spotted around town and in church parades. Shortly after they returned to Borden, all harvesting furloughs were repealed because 10,000-15,000 men were needed overseas. For a while, it seemed as if the North Waterloo group would soon see action, but it would be a while before they were called up.

But other Battalions have them

Last week Colonel Lochead asked Berlin’s Recruiting League for four or five field kitchens (at a cost of $1100 each (almost $22,000 each–see notes on conversion)). This week, the commanding officer returned with “a splendid opportunity for some public-spirited and patriotic citizen or group of citizens of North Waterloo to again demonstrate that they have the interests of the 118th at heart.”

He wanted motor transport—“only a Ford.”

The colonel played to British patriotism: “Other battalions have received them as gifts, and it is felt that the matter need only be drawn to the attention of North Waterloo citizens in order to ensure a transport being forthcoming for the 118th.”

On 18 July, a fire that destroyed the livery stables behind one of Berlin’s hotels highlighted problems with the city’s water pressure.

The fire broke out just before 7 pm during a lowpoint in water pressure. With hoses barely able to shoot 3m (10’) water streams, the firemen had problems controlling the blaze. The situation was so dire, Waterloo’s fire department came in to help deal with the flames by way of a bucket brigade.

A few days later, The Berlin News-Record faulted lawn watering. The pressure was highest from 3-7am (50lbs), but by the time the fire broke, it dropped to 30-35lbs.  The brigade arrived during peak lawn watering (7-8 pm). Officials believed the fire would have been put out sooner if every tap were closed. With this reasoning, the Water Commission ordered a restriction on lawn watering, “limiting the hours of sprinkling from 7 pm to 8 pm.” This, they believed would conserve the city’s water supply.

Before the vaccine: Infantile paralysis

The provincial board of health issued an information circular and advisory about infantile paralysis (poliomyelitis (polio)). Authorities didn’t know its cause, but it appeared in urban and rural areas and although it people of all ages could get it, children between 2 and 14 were particularly susceptible. It was a communicable disease that spread through direct contact  (by now, mouth or intestinal tract), and some who were carriers may not present symptoms or had a mild case. They thought flies that came into contact with intestinal discharges spread it to people.

If polio struck, the board advised the following:

A different article talked about the infantile paralysis epidemic in New York (it began in late spring with a few cases, but by the end of June, the Borough of Brooklyn alone had 646 cases). On 20 July,The News-Record’s story announced the New York health department’s latest figures for 19 July:

Despite efforts of business interests to minimise the epidemic of infantile paralysis now taking heavy toll, the figures issued by the New York health department yesterday showed 30 more deaths and 142 new cases for the 24 hours ending at 10 am. Tuesday’s figures showed 26 deaths and 121 [new] cases.

The cost of electric cookers

Three months after Berliners read about the advantages of electric stoves, it seemed any hope to harness cheap, reliable and plentiful power for Sunday roasts was (at best) delayed.

After looking into this new home technology’s impact on the Light Commission’s revenues, Superintendent McIntyre reported the organisation would lose $2.74 ($54.29) per month for each installed stove. With this information in hand, the board passed a resolution stating the superintendent must be consulted before connecting any electric stove.  (Based on other business the board dealt with, it seems the Light Commission also oversaw the gas supply.  As many home kitchen stoves ran on gas, which was more expensive than electricity, this likely explains how the Commission would lose money with each electric cooker installed.) 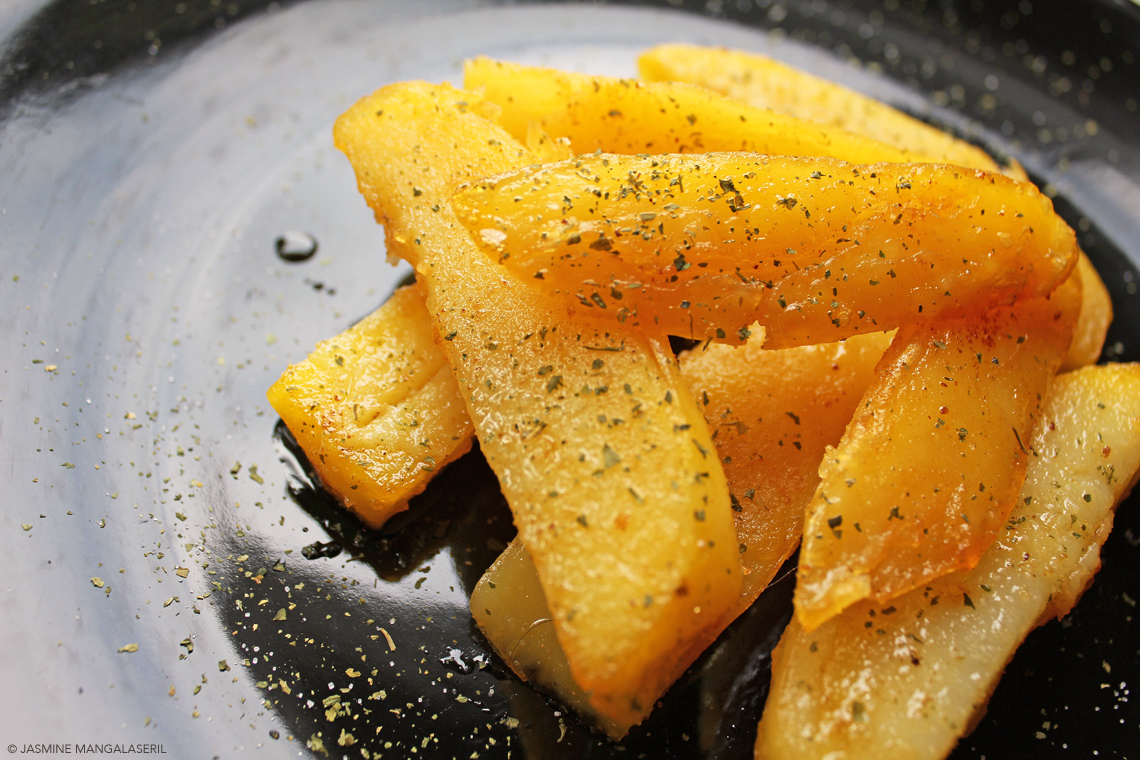 In 1916, potatoes were grown by more people, used in more homes, and cooked in more ways than any other vegetable in Ontario. An article quoted CA Zavitz, professor of field husbandry at the Ontario Agricultural College, about horticultural advances in developing new strains that could fend off blights and insects. That year, Germany was the world’s largest producer, and Ireland produced the most potatoes per person. Ontario led Canadian production, with Simcoe County serving as the provinces’ spud central.

I found this recipe for French Potatoes in the Toronto Cook Book from 1915—in a way it’s like Lyonnaise Potatoes, but instead of discs, it calls for wedges and prepared in the oven. It’s very similar to how I usually make my oven chips—the differences being I parboil the sticks, use olive oil instead of butter, use different spices, and skip the parsley. This recipe is a good way to use up a leftover boiled potato.

Cut boiled potatoes in quarters. If potatoes are large cut into eighths. Pour over melted butter, flavoured with lemon juice. Season with salt and paprika and cook about ten minutes in the oven; then sprinkle with parsley, one and one-half cups of potatoes to two tablespoons butter, one-half teaspoon lemon juice.

Cut the potatoes into wedges or thick chips.

Mix together the butter and lemon juice. Add salt and paprika to taste.

Coat the potatoes in the flavoured oil and arrange in a single layer on the prepared sheet.

Bake for 10 minutes. Flip the wedges, so the side on the tray is now exposed and cook another 10 minutes.

Remove from oven and lightly salt. Sprinkle with parsley (if using).